Are you wondering what a Clam is? A clam is a type of shellfish that can be seen in saltwater as well as freshwater. It consists of two shells that are almost equal in six and connected firmly by two adductor muscles. As a preparatory dish, they serve to be savoring and delicious. Seaside clam cabins or roadside eateries serve these delicious nuggets and serve to be the main source for anyone attempting them. The clams are soaked in milk and covered with a combination of regular, corn, and/or pastry flour. Then the spread clams are fried in oil. They can be “clam strips” or whole soft-shell clams. Whole soft-shell clams give a fuller flavor and taste of their essence. Nonetheless, some eateries exclude the clam’s neck. 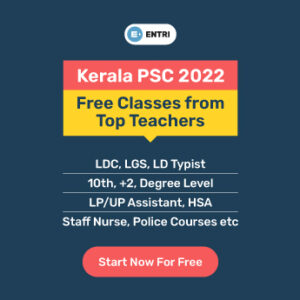 The Story Behind the National Clam Day 2022

July 3 is observed as national fried clam day as it was the day the first fried clam was produced in 1916 by Lawrence Henry “Chubby” Woodman and his partner Bessie.  Nobody had ever heard of a fried clam till then, and it only came off because of a comment that was made by a buyer at Woodman’s granting stand on Main Street in Essex, Massachusetts. The couple began recalling what the customer had said and decided to give it a try. They explored different recipes and got the locals to try them out, and it was only when someone found them rich that they knew they had something good.

The day was July 3, 1916. The following day, July 4, which is observed as Independence Day in the USA, Chubby and Bessie put forward their first fried clams to the residents of Essex at the time of the parade. They were an immediate success. Woodman’s of Essex gave a proposal for National Fried Clam Day in May 2015, and the Registrar at National Day Calendar proclaimed National Fried Clam Day to be seen annually on July 3rd.

Get access to Free GK and Current Affairs Quizzes and Mock Tests!

The theme of “savoring and serving clam’ stands as prominent in the day. The basic theme of National Fried Clam day is essentially the focus of clams. The day is devoted to celebrating with variant clam dishes and especially introducing the new clam recipes if possible. The remembrance of the couple story too stands as a highlight here.

How to Celebrate National Clam Day?

Are You Excited to Try the Recipe?

Get a bowl, combine 2 egg yolks, half cup of milk, a quarter cup of water, half cup of all-purpose flour and a pinch of salt. Mix thoroughly. then as the next step, you can join the egg white and mix it well and we have with us the perfect batter. Now you can pour oil into a pan, take the clams and drop it in the batter. Deep fry it, serve it with the barbarian sauce.