Dear SSC aspirants, Staff Selection Commission has released the SSC CHSL short notice for the tentative dates of CHSL 2019 examination!! The official of the same will be uploaded on the Commission’s website on 3rd December 2019. SSC is an excellent organization under the Government of India, conducts exams for recruiting the candidates to various posts. Lakhs of applicants are awaiting the SSC . This shows that the demand for these government jobs is always increasing. The previous year itself about 29 lakh candidates registered and of that 13 lakh candidates appeared for the exam.

The SSC CHSL Exam(10+2 level exam) is conducted to fill the following posts:

Get the Daily current Affairs and sectional quizzes to boost your preparations.

Candidates can log on to the official website of Staff Selection Commission for the details regarding the Age limit, Reservation, Age Relaxation details, Educational Qualifications, Examination Fees, Exam Scheme and for all other allied information after 3rd December.

Download Entri to get the latest updates about Government Exams.

All the details of SSC CHSL 2019 will be updated shortly on Entri. Subscribe to us and avail the SSC CHSL free mock test series. Get the notes on general awareness topics and current affairs. Start your preparations right away to ensure yourself in the merit list. 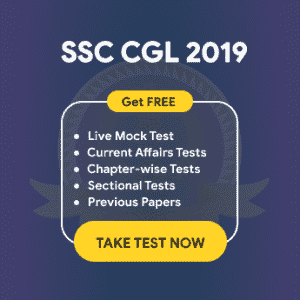