What is Logistic Regression in Machine Learning?

A labeled training dataset is used by supervised machine learning algorithms to discover insights, patterns, and relationships. It indicates that each record in the collection already has a known value for the target variable. Because an algorithm learns from the training dataset under the supervision of an instructor, this process is known as supervised learning. The algorithm iteratively makes predictions based on the training data, and the instructor corrects it. You already know the right answers. Learning is complete when the algorithm reaches the desired performance and accuracy level

Supervised learning problems can be further classified into regression and classification problems.

What is Logistic Regression?

How Does the Logistic Regression Algorithm Work?

Think about the following instance: A company wants to decide whether to enhance an employee’s pay based on their performance. They will make their decision using a linear regression technique. They can simplify their task by plotting a regression line using the employee’s performance as the independent variable and the salary rise as the dependent variable. What happens if a company wants to determine whether a worker deserves a promotion based on their performance? The linear graph shown above won’t work in this situation. In order to create a sigmoid curve, we clip the line at zero and one (S curve). The company can decide whether or not to raise an employee’s wage based on the threshold values.

To understand logistic regression, let’s go over the odds of success.

The values of odds range from zero  ∞ and the values of probability lie between zero and one.

Consider the equation of a straight line:

Here, 𝛽0 is the y-intercept

𝛽1 is the slope of the line

x is the value of the x coordinate

y is the value of the prediction

Now to predict the odds of success, we use the following formula:

Exponentiating both sides, we have: 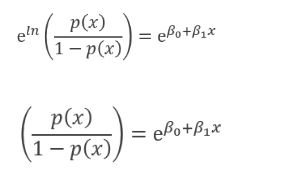 The equation of the sigmoid function is:

The sigmoid curve obtained from the above equation is as follows: 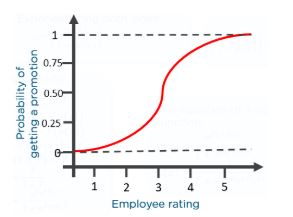 The assumption in a Logistic Regression Algorithm

We’ll be using the digits dataset in the sci-kit learn library to predict digit values from images using the logistic regression model in Python. 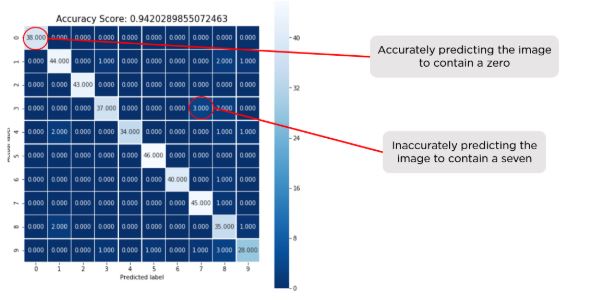 The images above depict the actual numbers and the predicted digit values from our logistic regression model.

Get the latest updates on machine learning in the Entri app

What Is Data Cleaning In Python? An Overview