Get the latest Notification Updates of various TNPSC Exams 2022

The TNPSC Group 1 exam is conducted on the same lines as the UPSC IAS Exam. TNPSC is a state-level exam that is held in offline mode and the question papers are set in English and Tamil languages. The Group 1 Exam consists of 3 rounds. Prelims consist of one objective paper of 300 marks. Mains consists of three descriptive papers of 750 marks total. The interview is conducted for 100 marks. The candidates must download the TNPSC Group 1 mains syllabus separately for preparation. TNPSC Group 1 syllabus in Tamil medium will also be available on the official website. 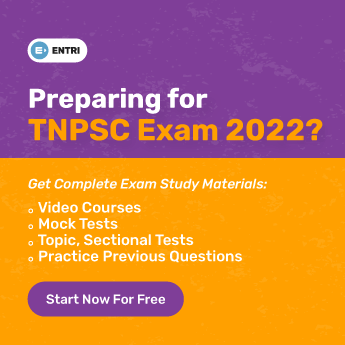 Below we tabulate the expected number of questions which will be coming in the Group 1 2022 Prelims Exam.

Note: Group 1 Prelims and Group 2 Prelims have the same syllabus.

Stage 2 will be the main exam. The TNPSC group 1 mains is scheduled to be conducted in July. Those candidates who wish for the governmental job should start the proration at the earliest. The candidates need to crack the three papers. Each paper carries 250 marks. As the competition is tight, the candidates should pay extra effort to crack the exam.

History and Culture of India

PAPER – II
UNIT- I : Indian Polity and emerging political trends across the
world affecting India
UNIT- II : Role and impact of Science and Technology in the
development of India
UNIT- III : Tamil Society ‐ Its Culture and Heritage

UNIT- I: MODERN HISTORY OF INDIA AND INDIAN CULTURE

UNIT – I : INDIAN POLITY AND EMERGING POLITICAL TRENDS ACROSS THE WORLD AFFECTING INDIA

UNIT – II : ROLE AND IMPACT OF SCIENCE AND TECHNOLOGY IN THE DEVELOPMENT OF INDIA

Candidates may answer the questions in this unit EITHER in Tamil OR in English.
1) Tamil Society : Origin and expansion.
2) Art and Culture : Literature, Music, Film, Drama, Architecture, Sculpture, Paintings and Folk Arts.
3) Socio – economic history of Tamil Nadu from Sangam age to till date.
4) Growth of Rationalist, Dravidian movements in Tamil Nadu -Their role in the socio – economic development of Tamil Nadu.
5) Social and cultural life of contemporary Tamils : Caste, Religion,Women, Politics, Education, Economy, Trade and relationship with other countries.
6) Tamil and other Disciplines: Mass Media,Computer etc.

UNIT-I : GEOGRAPHY OF INDIA WITH SPECIAL REFERENCE TO TAMILNADU

You must download the syllabus in a PDF format and then you will be able to know more about the important topics which will be included in this entrance examination conducted by the authorities of the Tamil Nadu Public Service Commission. Given below, we are sharing the official PDF link for the syllabus in Tamil.

TNPSC Group 1 Cut Off 2022 with Expected Cut Off