by Ramzeena Althaf
in Articles, Banking

The Employees’ State Insurance Corporation (ESIC) will be conducting ESIC UDC 2022 exams to recruit Upper Division Clerks (UDC) for 1735 vacancies. Candidates can apply online for ESIC UDC 2022 from 15th January 2022 to 15th February 2022. It is a three phase selection process which comprises of prelims, mains, and computer skill test. All applications must be done online through the official website of ESIC ‘www.esic.nic.in’.  Candidates interested in this vacancy can learn more about the job profile and career growth through this article.

Employees’ State Insurance Corporation (ESIC) is an autonomous body created by the law under the Ministry of Labor and Employment, Government of India. The UDC post under the ESIC is a prestigious one. Have a look at the important dates and ensure that you submit your application on time. 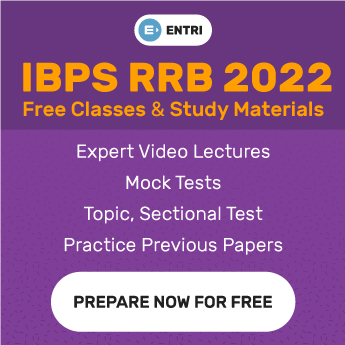 The pay scale for ESIC Upper Division Clerk (UDC) is in the range of Rs 25,500 to Rs 81,100. This is pay level 4 as per 7th Central Pay Commission. Apart from this, the employee gets allowances as approved by the government. The allowances are:

The value of these allowances will be according to the government rules.

In the prelims and mains, candidates can expect questions from General Intelligence and Reasoning, General Awareness, Quantitative Aptitude, and English Comprehension. In the computer skill test, they will be tested for their skills in using MS PowerPoint, MS Word and MS Excel. Candidates have to obtain minimum qualifying marks in both the prelims and mains. The final selection will be based on the marks obtained in the ESIC UDC 2022 mains exam.

The candidates who thus qualify are placed as Upper Division Clerk in various ESIC offices across India. Once they serve for three continuous years, the candidates are eligible for promotion.

After three years of service as an Upper Division Clerk, employees can be promoted as an Assistant with an initial grade pay of Rs 4200. It should be noted that for the above promotion, the candidate needs to serve continuously for three years in the same cadre and this promotion also depends on the number of vacancies for the same.

These employees are further eligible for promotion as Social Security Assistant after another three years with an initial grade pay of Rs 4600.

Now that you are aware of the job profile and benefits enjoyed by ESIC UDC employees, hasten to apply for the post and start your preparations. Wishing you the very best!

How to Learn at Home more Effectively?