History of Banking in India – Pre and Post Independence

I’m sure we are all familiar with Banks. We approach Banks for varying purposes be it to avail a loan or invest money into our savings account. But the Banking Sector is much more than that. The roots of Banking in India are Interesting, to say the least. The Banking Sector is an industry that handles cash, credit, and other financial transactions. Banks provide a safe place to store extra cash and credit for a multitude of uses. Mainly, its functions entail Accepting Deposits, Granting Loans and Advances. Its History in India before and after independence is immense.

The Banking Sector provides a lot of jobs and the competition to land these jobs is difficult but do not fret! The Entri App is the best companion to guide you through it. However, to prevail in the banking sector, you must know its history. The Banking Awareness Section of the Banking Exams have a lot of questions pertaining to the history. So, here is a brief History of Banking in India – Pre and Post Independence. 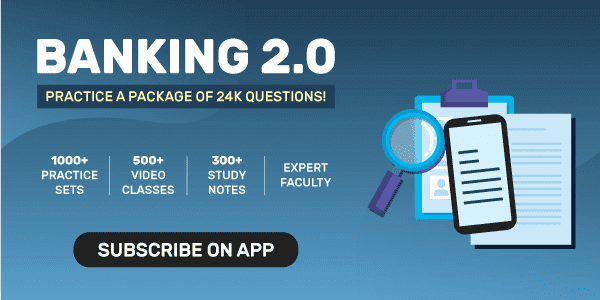 Brief Guide to the History of Banking in India

According to Sec. 5 of the Banking Regulation Act, 1949, a banking company means the accepting, for the purpose of lending or investment, of deposits of money from the public, repayable on demand or otherwise and withdrawn by Cheque, Draft, Order, or otherwise.

Get Free Mock Tests on the Entri App

Evolutionary Phases of Banking in India

The Banking Sector in India has been through many phases right from its inception. It has been present throughout History but Modern Banking began in the 18th Century. There were 3 Phases. They where the Pre-Independence Phase and the Post-Independence Phases (1947-1991 Phase and 1991 and beyond Phase).

The History of Modern Banking in India began with the birthing of the Bank of Hindustan in 1770 in Calcutta. Unfortunately, its longevity was cut short when it got liquidated in 1832. In an attempt to follow its footsteps; 2 Banks were formed but both were not successful either. They were The General Bank of India (1786-1791) and the first commercial bank of India; Oudh Commercial Bank (1881-1958). However, there were other banks who followed the footsteps and still function to this day. They include The Bank of Baroda (est. 1908) and the Allahabad Bank (est. 1865 now branch of Indian Bank). Also, Punjab National Bank (est. 1894), Bank of India (est. 1906) and The Central Bank of India (est. 1911).

Some banks had even merged. The Bank of Bombay, The Bank of Bengal and the Bank of Madras merged and formed a single entity called The Imperial Bank (currently known as State Bank of India) in 1921.

In April of 1935, The Reserve Bank of India (RBI) was formed based on the recommendation of the Hilton Young Commission.

These events formed the roots of the Banking Sector we have all come to know and trust today. Although, that was not the case back then. The concept of Banks and Banking was relatively new to the largely uneducated masses of India, so they mostly relied on Moneylenders and Relatives to borrow money. A lot of the times, these moneylenders ended up being exploitative and charging huge interest rates. This brings us to the next phase.

Download the Entri App to get Weekly Current Affairs

This was the Second Phase of the Banking Evolution. It set the stage for the Banking Sector to grow exponentially. The most significant development in this phase was the Nationalization of the Banks.
The need for Nationalization of Banks was of utmost importance. Money Lenders had become too exploitative and poor people could not afford to take Bank Loans due to Lack of Collateral .The Banks themselves were selectively catering to Large Industries and Businesses. The slowing growth of the Agricultural Sector, Small-Scale Industries and Exports showed its ill-effects.

The First Instance of Nationalization of Banks was in 1949 wherein the Reserve Bank of India (RBI) was nationalized.

The Second Instance and perhaps the more crucial one was with the Nationalization of 14 Commercial Banks in 1969 and 6 more in 1980.

The Third Instance was with the setting up of Regional Rural Banks (RRB) in 1975 under the Narasimham Committee. These Banks were set up with the aim of serving the Rural Populace and to promote Financial Inclusion.

The Impact of the Nationalization Policies really made a difference. There was improved efficiency in the Banking System owing to the boost in Public Confidence and sectors relating to Agriculture, Small and Medium Industries received more funds. This led to Economic Growth and Rural Branching. 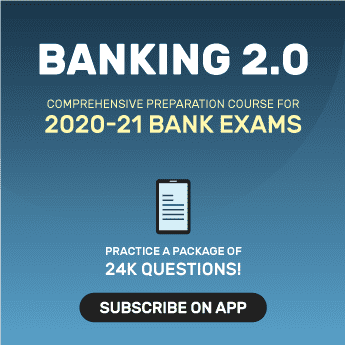 Post-Independence Phase (1991 and Beyond)

The Third Phase of the Banking Evolution saw tremendous growth owing to the Liberalization of the Economy in 1991.

Despite Liberalization and policy changes, there was still a large part of the population that did not have the privilege of Financial Inclusion. With this fact in mind, the Narasimham Committee allowed the Entry of Private Sector Banks into the Banking Sector.

Initially, 10 Banks got Licenses to start. Only 5 survived the Market Conditions. They were ICICI, IndusInd Bank, Axis Bank, DCB and HDFC. After a few years, Kotak Mahindra Bank and Yes Bank were let in.

In 2013-14, the third round of bank licensing took place and in 2015, IDFC Bank and Bandhan Bank merged.
In order to promote Financial Inclusion, the RBI proposed to set up two new kinds of banks namely Small Banks and Payment Banks. Then in 2015, 11 entities got licences to set up Payment Banks. In-principle approval was given to 10 applicants to set up Small Finance Banks.

During August, 2019, the Government decided to merge 10 public sector banks into 4. This brought down the amount of state-owned lenders from 21 to 12. This was to help the better management of capital. The Merger came into effect on April 1st, 2020.

Practice Quizzes on the Entri App

This was the Brief History of Banking in India and it’s crucial you know this so you can ace the Banking Awareness Section. There is much more to learn about the Banking Sector and the Entri App can help you there. It has a ton of online classes on various topics and also a large number of Mock Tests and Quizzes. Click here to find out how Mock Tests can improve your scores. This is the best time to accelerate your rate of preparation. The Entri App is there with you the entire way. Stay Safe and Good Luck.

What is the Distinction between Debtor and Creditor?