Kerala Public Service Commission has released the Rank List of LINEMAN (SR for SC/ST Only) in THRISSUR District, LINEMAN (SR For ST Only) IN PATHANAMTHITTA DISTRICT and LINEMAN (Special Recruitment for SC/ST only) IN MALAPPURAM DISTRICT – in PUBLIC WORKS DEPARTMENT(ELECTRICAL WING), determined suitable by the Commission and arranged in order of merit based on the OMR Test taken on 19/01/2021.

The validity of the rank list may be extended for up to three years, or until a new rank list is published, whichever comes first. Download the Kerala PSC Lineman Rank List 2022 by clicking on the provided link. 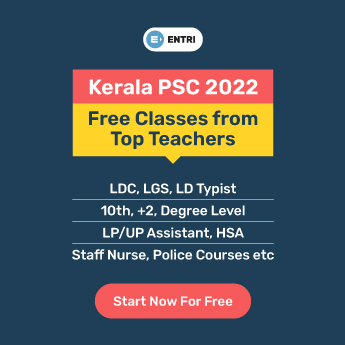 The Written Test/OMR/Online Examination is conducted as a part of Lineman selection to fill vacancies in PUBLIC WORKS (ELECTRICAL WING) DEPARTMENT was conducted on 19 January 2021. On the basis of this exam, rank lists are made. To obtain the Rank lists, simply click on the links provided below.

Kerala PSC Lineman (SR for SC/ST Only) Rank List Out

Kerala PSC Lineman (SR For ST Only) Rank List Out

Entri App is a fantastic online platform for anyone interested in taking bank tests, government exams, or other competitive exams. Our team of professionals offers concise and clear video classes that aid in the understanding of subjects. Users have access to flash cards and quizzes, as well as limitless mock examinations that follow the same format as the real exams. We also offer PDFs of prior years’ question papers, complete with answers. Several PSC candidates have benefited from our training.