List of 28 States of India and their Capitals and Languages

This article is about the states and capitals of India and the official languages for each state. “India is the cradle of the human race also the birthplace of human speech. The mother of history, the grandmother of legend also the great grandmother of tradition. Our most valuable and most constructive materials in the history of man are treasured up in India only” -Mark Twain 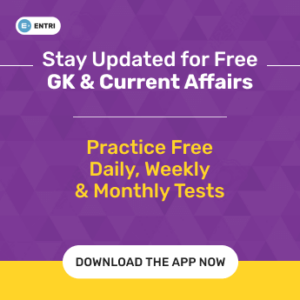 Geography of India: The Republic of India is the seventh-largest country in the world by its total area and has the second-largest population in the world. Being the largest democracy and one of the oldest civilizations in the world, India has one of the richest and most vivid histories and heritage with an extraordinary culture.

India belongs to the continent of Asia and is bordered by the countries of Bangladesh, Bhutan, Burma, China, Nepal, and Pakistan. It stands apart from the rest of Asia, marked off as it is by mountains and the sea, which give the country a distinct geographical entity. Bounded by the Great Himalayas in the north, it stretches southwards and at the Tropic of Cancer, tapers off into the Indian Ocean between the Bay of Bengal on the east and the Arabian Sea on the west.

What makes India unique is definitely its ‘unity in diversity. It accommodates a diverse number of languages, religions and cultures.

This section introduces you to the latest updated list of total states in India 2022, their state capital and languages.

How Many States In India?

Here is the complete list of states and capitals of India, updated on 26th January 2022.

List of Official Languages of India for each States

Here is the list of languages in India for each state.

New Delhi, the political capital of India situated on the west bank of the Yamuna River. In December 1911 King George V of Britain moved the capital of British India from Calcutta (now Kolkata) to New Delhi. Today, New Delhi houses the supreme legislative body of the Republic of India the Indian parliament, the Indian Supreme Court, the Presidential House and many other union government offices. New Delhi is always the playground for the higher-level bureaucrats in the country.

The most populous city in the country, Mumbai accounts for 25% of industrial output, 5% of India’s GDP and also 70% of the capital transactions in the Indian economy. major Indian financial institutions such as the central bank of India the Reserve Bank of India, the Bombay Stock Exchange Market, and the corporate headquarters of many Indian banks and companies have Mumbai as their headquarters. Today this enticing Indian city is considered the Financial, Commercial and Entertainment capital of India. This industrial hub of India attracts lakhs of migrants towards her making the city of the densely populated city in the world.

Difference between State and Union Territories

Article 1 of the Indian constitution, defines India as the Union of States. On administrative terms, today after the inclusion of Jammu and Kashmir, and Ladakh there is a total of 28 states of India and 9 Union Territories. Let’s discuss the major differences between these two administrative forms:

Download Entri to Ace your Preparation for Competitive Exams!

This knowledge helps you to score well in your GK paper. General knowledge questions carry a comparatively high weightage of marks in the exams as compared to other subjects and even in the personal interview session that follows, the general awareness of the candidate is tested. So, acquire maximum general knowledge and enable yourself to face the exams with confidence.

Currently, there are 28 states in India.

How many union territories are there in India in 2022?

Currently, there are a total of 8 union territories in India.

Which are the 8 union territories of India?

What is the capital of India?

New Delhi is the capital of India.

How many districts are there in India?

How many cities are there in India?

There are 4000 cities and towns in India

Which state has the highest number of districts in India?

Uttar Pradesh has the highest number of districts in India (75).

Union territories which were merged in January 2020?

Daman and Diu were merged with Dadar and Nagar Haveli.

Which state was bifurcated in 2020 into two union territories?