How to Reduce Noun Clause?

What Is Reduction Of Clause?

The reduction of a dependent clause is its shortening to a phrase. Since a dependent clause contains a subject-verb unit, reduction results in losing this combination. (We call the process reduction because the resulting phrase is usually less wordy than the clause.) Of the three dependent clauses, relative clauses are most frequently reduced, followed by adverb and noun clauses.

Why Do We Reduce Clauses?

Reduction achieves the same. It makes writing concise by using phrases that are less wordy than clauses in their place. It also gets rid of at least few ‘pesky’ marker words (who, that, which, etc.) that may seem repetitive in a piece of writing. (Marker words start dependent clauses.)

Moreover, higher proportion of phrases, which can be achieved through reduction of clauses, signal professional writing.

When Can a Noun Clause Be Reduced?

I want to know which direction I should proceed in. [The noun clause and the independent clause have the same subject, I. Hence, the clause can be reduced.]

I want to know which direction my brother should proceed in. [The noun clause and the independent clause have different subjects: I vs. my brother. Hence, the clause can’t be reduced.]

It’s a general rule though, and exceptions exist, which we’ll take up later.

Of the three reductions, reduction of noun clause is most intuitive, implying that you might already be reducing noun clauses even without knowing their reduction rules. Nonetheless, there is no harm in learning them.

Noun clauses that can be reduced mostly occupy object of verb or object of preposition position in a sentence, and they’re reduced to infinitive and gerund phrases, which inherit the noun (or nominal) property of noun clauses. (You’ll find some sources on the internet mentioning that reduction of a noun clause results in a noun phrase. That’s incorrect. Reduction of noun clause results in a nominal phrase, infinitive phrase and gerund phrase being two of them.)

How Noun Clauses Are Reduced

Let’s see how noun clauses are reduced, categorized on the basis of marker words that start them.

Noun clauses starting with question marker words (how, when, what, where, who, which, why, etc.) and containing can, could, or should can be reduced to an infinitive phrase. They typically follow verbs such as advise, agree, claim, decide, demand, hope, pretend, promise, request, and tell. Even if you don’t remember these verbs, try reducing the clause as shown in the examples below. It’ll mostly work, but if the reduction sounds odd, then you’ve probably gone with the wrong verb. Here are few examples of reductions, with the first explained in detail:

(Words inserted as part of reduction have been shown in magenta font.)

1. This article tells how you can perform a task efficiently.

This article tells how you can to perform a task efficiently. [Step 1: The subject, you, is removed from the noun clause. Step 2: The modal auxiliary verb, can, is removed. Step 3: The verb is converted to infinitive form.]

2. Here’s a look at where you can to book your slot for vaccination and what you can to do for an early booking. [Exception: In this and the last sentence, we could reduce, even though the subjects in the main clause and the noun clause are different. The subject in the noun clause, you, can refer to any person, and hence reduction works. But it won’t if the subject was specific, as in this case: This article tells how Tom can perform a task efficiently.]

3. I don’t understand why I should to do this.

4. I want to know which direction we should to proceed in. [Exception: We could reduce despite the two subjects being different because here we, in a way, includes I.]

If you noticed, noun clause in the above examples occupy object of verb position in three sentences and object of preposition position in one (second). As mentioned earlier, these two are the most common positions occupied by reducible noun clauses.

2. Reduction of noun clauses with marker word that

Noun clauses starting with that marker word can also be reduced to an infinitive phrase. They too typically follow the verbs mentioned in the last section. If you don’t remember the verbs, give reduction a try anyway. Here are few examples of reductions, with the first explained in detail (here the marker word as well is removed):

1. Vaccine manufacturers claim that they will roll out a vaccine by year end.

Vaccine manufacturers claim that they will to roll out a vaccine by year end. [Step 1: The subject, they, is removed from the noun clause. Step 2: The auxiliary verb, will, is removed. Step 3: The verb is converted to infinitive form. Step 4: The marker word that is removed.]

2. We demand that the company reinstates us. [Exception: Here too the subjects are different (we vs. the company). Such noun clauses starting with that can still be reduced by converting them to passive voice.]

We demand to be reinstated by the company. [Noun clause converted to passive voice]

3. To trap the rabbit, the fox pretended that it has to have turned into a vegetarian

4. The governor promised that he will to consider easing Covid restrictions.

For better understanding go through the following examples:

That-noun clauses which follow verbs such as acknowledge, admit, deny, insist, mention, propose, and suggest can be reduced to a gerund phrase. Here are few examples of reductions, with the first explained in detail:

1. My dog denied that he ate cookies lying on the table.

My dog denied that he ate eating cookies lying on the table. [Step 1: The subject, he, is removed from the noun clause. Step 2: The verb is converted to present participle form. Step 3: The marker word that is removed.]

2. The suspect admitted that he stole stealing jewelry from the shop.

3. Tom acknowledged that he had having bouts of depression in the past.

4. I complained that I was being served stale food in the flight.

For better understanding go through the following examples:

Limitation of reductions of that clause

Reduction of noun clauses starting with that though leads to awkward sentences when the noun clause doesn’t immediately follow the verb in the main clause. Here are reductions of tweaked fourth examples we just saw:

Message: Don’t reduce a noun clause if reduction leads to change in meaning and/or an awkward sentence. In the above two reductions, change in meaning and awkwardness is significant. You should avoid even those reductions which read awkward even remotely. After all, your purpose is to convey meaning without drawing any frowns from the readers, and not to impress them with your reduction prowess, isn’t it?

This isn’t reduction of noun clause

Can you tell in which of the two sentences a clause has been reduced?

People hope that they will to emerge out of this wave of pandemic without as much loss as in the last one.

People hope that they will emerge out of this wave of pandemic without as much loss as in the last one.

Dropping marker word that in noun clauses is a topic in itself. Get into details:

Conditions under which that can be dropped in a noun clause

As we saw, many noun clauses can’t be reduced through standard methods because they don’t meet the required conditions. Even among those who meet the condition, many result in awkward reductions, and hence they’re best left unreduced.

What if you want to reduce such noun clauses?

You can always use non-standard, freestyle methods. Few examples:

What you did was beyond our wildest expectations. [Noun clause]

Your action was beyond our wildest expectations. [Reduced]

These four charts show who is ahead in the race to best year-end performance. [Noun clause]

These four charts show the team ahead in the race to best year-end performance. [Reduced]

Note that such reductions aren’t a necessity. As said before, reduce only if reductions read smoothly. Here, they do. 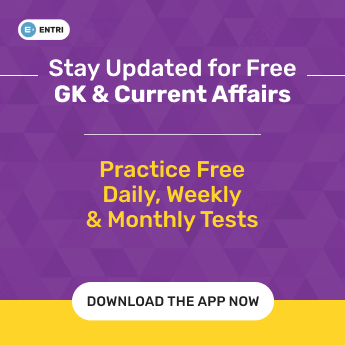