Rule of Law Vs Rule by Law – Know the Difference

The Rule of Law is a legal tradition in a most civilized society. At its simplest, it requires that society have laws that are followed and enforced. In a perfect world, each one of us would follow and abide by the laws in the country where we live. Even though the vast majority of people are law-abiding citizens, many break the law regularly. On daily basis we are not getting robbed or get murdered, nor do we do this to others, even we feel to kill somebody. Above the moral aspects, this is because of the fear of law enforcement in the country. The actual way in which the law is exercised and implemented is not as simple as it sounds, it comes up with its own challenges. Here we are trying to understand rule of law vs rule by law.

Rule of Law Vs Rule by Law

The concept of Rule of Law is that the state/ country is governed, not by the ruler or the nominated representatives of the people but by the law. The Indian constitution is intended for India to be a country governed by the rule of law. The constitution shall be the supreme power of the country and the legislative and the executive derive their authority from this supreme power. As Emeritus Professor Geoffrey Walker, has written in his defining work on the rule of law :

‘…most of the content of the rule of law can be summed up in two points: that the people (including, one should add, the government) should be ruled by the law and obey it and that the law should be such that people will be able (and, one should add, willing) to be guided by it.’

Difference between Rule of Law and Rule by Law

Even though they sound similar, there is a significant difference between the Rule of Law and Rule by Law. Rule by Law is the tool of tyrants and dictators our president so admires. Under it, the law is used to oppress, intimidate opponents, retaliate against whistleblowers and limit speech, assembly and other personal freedoms. Whereas in the Rule of law, the law is superior, and everybody is treated equally in this concept. It is grounded in philosophical and moral conceptions. Under Rule of law all people, whether they be at the lowest level or the highest, being the sovereign or ruler, are all equal under the law itself. Here no one is above the law, and any law that is broken should be equally punished regardless of status in society. 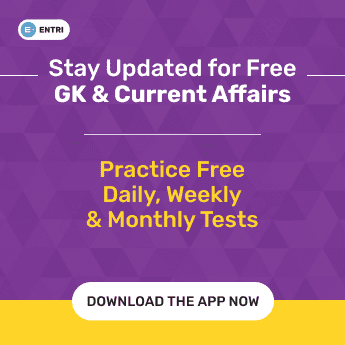 What Happens Without the Rule of Law?

Without the Rule of Law, that society will be more or less in a dictatorship. If the Rule of Law is absent/ disappear in a society, it can result in:

Rule of law and Rule by law in India

Owing to its origins in British jurisprudence, the Indian Common law system of justice has based on the Rule of Law concept. In India, the constitution is the supreme power in the land and the legislative and the executive derive their authority from the constitution. Any law created by the legislation, which does not abide by the basic feature of the Indian constitution shall remain null and void. Indian constitution Article 14 ensures that all citizens are equal and that no person shall be discriminated against based on sex, religion, race or place of birth.

With growing censorship and allegations against anybody who questions the ruling party and its allies, the critiques have maintained that the Rule of Law in India is merely a theory with no practical application. With its sluggish Press rights and relatively no openness of government and democratic controls, aided with corruption in the lawmaking and justice delivery systems the Rule of Law in India is started to become a question mark.

Important Indian Cities and Their Founders 2021

How to Prepare Current affairs for MPPSC 2021

How to Crack UP Police Exam in First Attempt