DEFECT LIFE CYCLE, also known as Bug Life Cycle, is the journey of a defect from its identification to its closure. The life cycle varies from organization to organization and is governed by the software testing process the organization or project follows and / or the Defect Tracking tool being used. 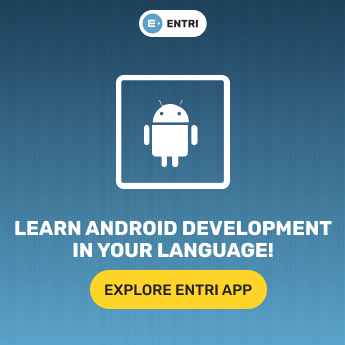 During the life cycle of a defect, it can have the following statuses:

Grab the opportunity to learn Full Stack Development with Entri!

Introduction to Bug in Software Testing

Bug in software testing is flaw or default in a component or system or software that can cause the components or system to fail to perform its required functions, in other words, we can say that if the bug or defect encountered during the execution of the test, it may cause the failure of the components i.e. does not works as it expected from the components. For example, incorrect data definition, statements, input data, design, etc

The Bug Life cycle is also known as a Defect Life cycle. It is a phase of a defect that occupies the different states during its lifetime. It starts when a testing device finds a new defect and ends when the testing device removes that defect, and it is ensured that the defect is not replicated. It is now time to understand, through a basic diagram as shown below, the true workflow of a defect life cycle.

Let us see each component of the bug life cycle.

The programmer begins the bugs analysis process and works to repair it. If the programmer thinks that the defect is not sufficient, then an error depending on the particular reason may be passed to the following four states, Reject or Not, namely Duplicate.

This is the first state of bug classification in the life cycle of the bugs. In the later stages of the bug life cycle validation and testing are carried out on these bugs if a new defect is discovered.

The development team is allocated a newly created fault for operating on the fault at this level. This will be delegated to a designer by the project leader or the team’s boss.

If the developer completes the task of repairing a defect by making the necessary changes, the defect status can be called “Fixed.”

If the tester has no problem with the defect after the designer has been assigned the defect to the testing device and thought that if it was correctly repaired, the defect status is assigned “confirmed”.

If there is still some problem with the flaw, the programmer will then be instructed to check again, and the defect status will be reopened.

If the defect is absent, the tester changes the defect status to ‘Closed’.

The tester then begins the task of re-testing the defect to check whether the defect is correctly fixed by the developer as required by the requirement.

Parameter of Bug in Software Testing

Here, we will learn about defect/bug in software testing and why it occurs, basic terminology of a defect, and bug tracking tool.

What is a bug in software testing?

The Bug is the informal name of defects, which means that software or application is not working as per the requirement.

In software testing, a software bug can also be issue, error, fault, or failure. The bug occurred when developers made any mistake or error while developing the product.

While testing the application or executing the test cases, the test engineer may not get the expected result as per the requirement. And the bug had various names in different companies such as error, issues, problem, fault, and mistake, etc.

In software testing, the bug can occur for the following reasons:

For example: Suppose if we take the Gmail application where we click on the “Inbox” link, and it navigates to the “Draft” page, this is happening because of the wrong coding which is done by the developer, that’s why it is a bug.

grab the opportunity to learn web development with Entri

Missing coding means that the developer may not have developed the code only for that particular feature.

For example: if we take the above example and open the inbox link, we see that it is not there only, which means the feature is not developed only.

Here, extra coding means that the developers develop the extra features, which are not required according to the client’s requirements.

Suppose we have one application form wherein the Name field, the First name, and Last name textbox are needed to develop according to the client’s requirement.

But, the developers also develop the “Middle name” textbox, which is not needed according to the client’s requirements as we can see in the below image:

If we develop an extra feature that is not needed in the requirement, it leads to unnecessary extra effort. And it might also happen that adding up the extra feature affects the other elements too.

We have various types of bug tracking tools available in software testing that helps us to track the bug, which is related to the software or the application.

Some of the most commonly used bug tracking tools are as follows:

Jira is one of the most important bug tracking tools. Jira is an open-source tool that is used for bug tracking, project management, and issue tracking in manual testing.

Jira includes different features like reporting, recording, and workflow. In Jira, we can track all kinds of bugs and issues, which are related to the software and generated by the test engineer.

Bugzilla is another important bug tracking tool, which is most widely used by many organizations to track the bugs.

Bugzilla is an open-source tool, which is used to help the customer, and the client to maintain the track of the bugs.

Bugzilla has some features which help us to report the bug easily:

It is an open-source tool which is used to track the issues and web-based project management tool. Redmine tool is written in Ruby programing language and also compatible with multiple databases like MySQL, Microsoft SQL, and SQLite.

While using the Redmine tool, users can also manage the various project and related subprojects.

Some of the common characteristics of Redmine tools are as follows:

MantisBT stands for Mantis Bug Tracker. It is a web-based bug tracking system, and it is also an open-source tool.

MantisBT is used to follow the software defects. It is executed in the PHP programing language.

Some of the common features of MantisBT are as follows:

The backlog is widely used to manage the IT projects and track the bugs. It is mainly built for the development team for reporting the bugs with the complete details of the issues, comments. Updates and change of status. It is a project management software.

Features of backlog tool are as follows:

I hope you have got some knowledge of a defect’s life cycle.