Before you begin reading this article, have a look at your recently used social media platform- be it WhatsApp, Instagram, Twitter, Facebook or anything else. It is for sure that you might have used at least a few emojis along with your text in them! That is a universal truth. People all over the world use emojis as an easier way to convey their messages. And of course! The smile that these little digital images bring on our faces is unmatched to any! Keeping all the fun facts and our love for emojis apart, did you ever know that there is an unofficial holiday to celebrate emojis? Yes Folks! World Emoji Day falls on 17th July every year. Here, we bring to you some amazing facts about World Emoji Day. So, let’s get going! 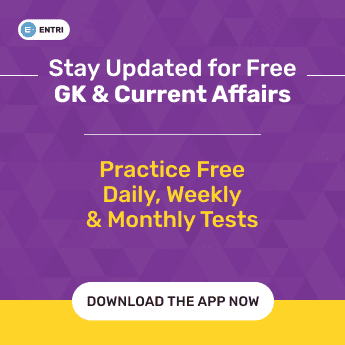 What is an Emoji ?

The word “Emoji” comes from the Japanese term 絵 (e- picture),  文 (mo-write) and  字 (ji-character). This might sound complex to you. So, in simple terms, let us make it clear. An emoji is basically the pictograms, logograms, ideograms and  smileys that are used in various electronic messaging formats as well as web pages. To further simplify it for you, an emoji is a tiny digital symbol or icon that is widely used to express an idea or an emotion. It comes in a variety of shapes, forms and colours. However, the idea behind all of it is to ease the conveying of messages.

In this modern era, when most of the talking has converted to texting, it is important for the people to convey their messages without getting assumed in a wrong way. So, in such a context, an Emoji is the ultimate life saver to any. When you add a few appropriate emoji to your text messages or in your web pages, it automatically lifts the readability level. Also, it comes as a stress buster and helps in making your conversations hearty and lighter.

By now, you already know that World Emoji Day is a casual holiday celebrated worldwide to encourage the usage of emoji. Furthermore, it aims to escalate the happiness and joy that emojis bring along.

The decision to select World Emoji Day as on July 17th is actually a fun story. As we have commonly noticed, the calendar emoji shows the date 17th of July in almost every platform. Hence, people worldwide began to observe July 17 as the World Emoji Day! Now this is a pleasant story of origin!

However, the emoji day is to celebrate every single emoji that is alive and not just the calendar emoji. Without a doubt, this brings joy to millions of die hard emoji fans throughout the globe!

Needless to say, emojis comprise a huge part of present day communication. They serve as a means of picture based communication which usually takes up a huge part in our daily conversations.

It is well known that emojis were not invented spontaneously by any one. There are a series of valid events in history that  lead to the formation of Emojis.

Emoji as we know now, was first created by a Japanese Engineer called Shigetaka Kurita in 1999. The story goes like this-

Shigetaka Kurita was an employee in a mobile company named NTT Docomo. As the company was working on a new project to develop a brand new internet platform, it was found that only a few characters could be inserted in it. It was then that he came up with the idea of using pictures instead of words. By doing so, people could communicate lengthy messages using limited data itself. Thus, the emojis came into being as it is known and accepted worldwide today.

Even though, in recent years, it is widely seen that the words ‘Emoticon’ and ‘Emoji’ are used interchangeably, both of these are entirely different. So, let us first understand the major differences between these two.

Emoticons are older than Emoji in terms of the usage. Emoticons are nothing but punctuation marks, numbers or even letters that are used to create pictorial icons. The icons so created generally represent a feeling or an emotion. It was accidentally discovered in 1982 by Dr. Scott E. Fahlman. The first emoticons to be used were the smiley face 🙂 and the frowning face 🙁 . Later on, it gained immense popularity and was used widely until emojis were discovered.

An Emoji is a newer and modern version of an emoticon that uses graphics and digital medium to convey feelings and emotions in a better way. It was discovered only in 1999 by  Shigetaka Kurita. The first ever used emoji was a simple 12 pixels by 12 pixels one. Later it evolved into different forms that we see today.

Ace your Exam Preparation with Entri! Download the App Now!

Being an unofficial celebration throughout the different countries of the world, this day can be celebrated to bring out happiness amongst the different kinds of people- be it old or young. Here, we will list some of the possible activities that can bring utmost joy to the lives of people. After all, only these little moments of joy keep our life going amidst the tough times!

Each year, since it was first celebrated, the World Emoji Day is marked with various events online. This takes place on platforms like Facebook, Twitter, Instagram, etc to spread the joy. This year also, many programs are held across these platforms. All you have to do is participate in them and post it on social media along with the hashtag of #WorldEmojiDay.

Vote for your Favorite Emoji

Every year, emoji awards are given out to various titles. Some of the most common awards presented to Emoji are “Most Popular Emoji”, “Rarest Emoji”, “Most anticipated emoji”, etc. In order to participate in the election, all you have to do is log in to www.worldemojiawards.com and cast your vote!

Take up an “Emoji Only” challenge

Now this might seem strange to you! But we promise, this will be a really fun activity to do with your loved ones! Take up the challenge to communicate only by using emoji for a particular day. And see how beautifully it goes. Enjoy!

So, now, this is the ultimate comfort activity for those who love to cook. Pick up your most favorite emoji and try to recreate it by baking. Go for a cake,cupcake,cookies, brownies or whatever you feel like. And eventually indulge and treat yourself with those delicious treats. But, don’t forget to post a picture of the same on social media with the world emoji day hashtag!

Why not, have some fun by partying on this day! Host an Emoji party for your peers and friends. DO encourage them to dress up like any emoji that they wish! Go, Have some fun!

Create your own Emoji

As the emoji trend is forever increasing, why not try to create a new emoji, if you love to design? This will be a great idea to explore the unseen side of yourself. Try to create a new emoji based on your observation of the surroundings and the relevance in the present scenario. And imagine! What if it gets widely accepted!? Woohoo!

The Emoji Anthem written by Jonathan Mann is widely popular on the internet. Take up a challenge to sing it joyously and record a video of the same.

With each passing year, world emoji day is getting widespread acceptance. Its popularity is on the rise. So, here is a table that will help you to track the dates of world emoji day for the upcoming years. Have a look.

Emoji is a means to brighten up any day. Also it serves as a faster means to convey feelings to one another. On this World Emoji Day, make sure to wish your friends and family with some heart-warming quotes. We have added a list of World Emoji Day Quotes here. Check it out!

Confused about how to wish your loved ones on World Emoji Day? We have a few messages and wishes stacked up here for our readers!

An emoji is the tiny, little feature that has now become an integral part of our daily life. There is not even a day that passes without using at least one emoji. It brings ease of communication and sometimes emoji usage is all about pure joy. So, here’s wishing everyone out there, a fun filled World Emoji Day!

Who began the tradition of celebrating the World Emoji Day?

Mr. Jeremy Burgee, the founder of Emojipedia, called for celebrating the World Emoji Day for the first time in history.

In which year was World Emoji Day first observed?

Who is the father of Emoji?

Japanese Engineer named Shigetaka Kurita is called as the father of Emoji.

How many emojis are presently in use?