For all competitive examinations, basic facts about India is an important topic. It is an unavoidable part of the General Knowledge section. The basic facts include the topic ‘states in India’. All the details related to history, geography, education systems, demography, government and politics, economy, culture related to the particular state. Also, the current affairs related to the state is important. So, in this article learn about Assam, the Tea Garden of India, and practice Assam General Knowledge questions and answers.

Assam belongs to the north-eastern states included in the Seven Sisters. It was formed on 1956 November 1. Assam is surrounded by states like Tripura, Nagaland, Meghalaya, Mizoram, Manipur and Arunachal Pradesh and West Bengal. It also shares borders with Bhutan and Bangladesh.

Let us check all the remaining facts about Assam General Knowledge through the following questions and answers. Firstly, check the questions and try to answer them. Then, only go to the answer section and learn them.

1.  The cultural capital of Assam?

2. Which is the oldest refinery in India?

3. Which city is known as the light of the east?

4. The former name of Guwahati?

6. Which river is called sorrow of Assam?

7. The official animal of Guwahati

8. Which singer is known as the ‘Bard of the Brahmaputra’?

9. Which island in river Brahmaputra is accredited as the biggest riverine island in the Guinness book?

11. Who is the present Chief Minister of Assam?

12. Who is the present Governor of Assam?

13. Siva Thappa hailing from Assam is associated with which sports item?

14. In which year Crude Oil was drilled in Assam for the first time?

16. Which is the most important Ahom festival, the ancestor worship festival, observed by the whole Ahom community?

17. The widely practiced occupation in Assam is

21. Name the longest bridge in India Dhola Sadiya is built over which river?

22. The smallest district in Assam(area-wise)

23. How many wildlife sanctuaries are there in Assam?

28. Who established the Ahom kingdom in the medieval period?

29. The only awardee for Padma Vibhushan from Assam?

31. Name the airport in Assam, named after its first chief minister? 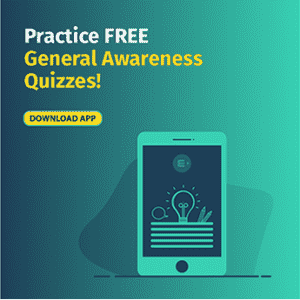 Check the latest links to ace your preparations:

7. Ganga Dolphin (It is the first city in India to have an official animal).

15. Deepor Beel ( It is a permanent freshwater lake and added to Ramsar sites in November 2002).

21. Lohit (The length of the bridge is 9.15 km and connects Arunachal Pradesh( Dhola ghat) and Assam (sadiya ghat)).

The other major awards are:

So, all these about the Assam GK questions under this article. Tune to Entri App for more articles related to the same topic. Also, get memory tricks to remember these facts!