India was under the rule of British for many years.  Initially the British landed to India for trading during early 17th century. Later on they started interfering in India Affairs during 1750s.  The British rule had destroyed the social, economical and political well being of Indians. Many Indians took part in India’s freedom movement against British. many freedom fighters selflessly sacrificed their lives to protect the dignity of the motherland and finally India attained Independence  on 15 August 1947. In this articles let us check the books by Freedom fighters of India. 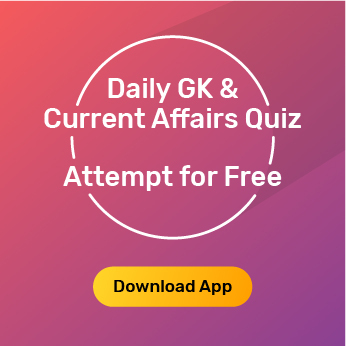 Below mentioned are the popular books written by the the Indian Freedom fighters before and after Indian Independence. 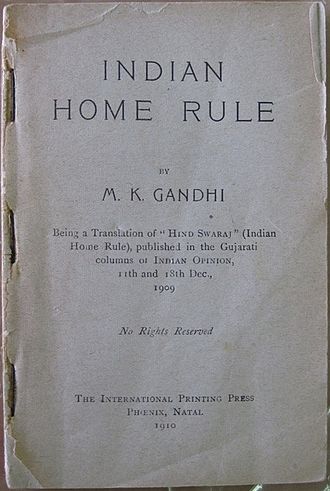 Hind Swaraj  is the book that was written by  Mahatma Gandhi in they year 1909. This book mainly revolves around the theme of swaraj, modern civilisation etc. The book was also known as Indian Home rule. The book was banned  by the British government in the year 1910 stating as seditious text. This  book was written by ghandiji in native language that is Gujarati during his travel from London to South Africa. The book Hindi Swaraj is also translated to French.  The book hindi swaraj takes a form of dialogue between two characters that is the reader and the editor. The Reader voices the common beliefs and arguments of the time concerning Indian Independence. Gandhi, The Editor, explains why those arguments are flawed and interject his own arguments. 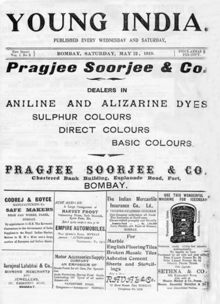 Young India was a weekly journal that was published by Mahatma Gandhi from the year 1919 to the year 1931. This journal was published in the English language. The journal focused on unique ideology and thoughts with respect to the use of nonviolence in  organizing movements to plan India’s independence from British. The quotations that was used in the journal by mahatma Gandhi had inspired many across the nation.
Check here to attempt quiz on Mahatma Gandhij

3. The Discovery of India by Jawaharlal Nehru 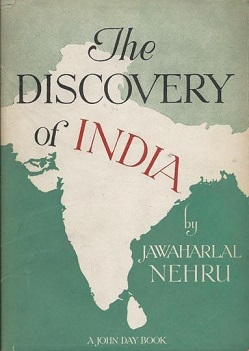 This book The Discovery of India was written by the Indian Freedom fighter and the first prime minister of India, Jawaharlal Nehru.  This book was written during Jawaharlal Nehru’s incarceration in 1942 to 1945 at the fort of Ahmednagar. This book was written by Jawaharlal Nehru in 1944 but it was only published in 1946. Nehru used this time of being jailed by the British to write books.. This book revolves are the theme of Indian History, philosophy, culture as viewed from the eyes of an Indian Fighter who is fighter for the freedom from British. The book Discovery of India includes ten chapters where in Jawaharlal Nehru has used his knowledge on Upanishads, Vedas and ancient history in order to introduce to the reader the development of India through the changes in socio – political aspects. 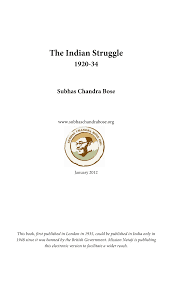 The book Indian Struggle was written by the Indian freedom fighter and the Indian Nationalist Leader Subhash Chandra Bose. The book contains two parts.  the book includes the history of Indian independence movement to end the rule of British in India. The book was initially banned by the British government in India.  The book Indian struggle was then published in 1948 after Indian independence. The book includes the  analyses a period of the independence struggle from the early 1920 to the early 1940.  The first part of the book was published in London in 1935 by Lawrence and Wishart. The second part  of the book Indian struggle dealing with 1935–1942 was written by Subhash Chandra Bose during the Second World War.
Check here for important books for different competitive examinations

Literature had always had an important role in the history of India. We get to know more about the Indian struggle for independence through these books published by our freedom fighters. Do spend some time to read these books to gain knowledge on the struggle of Indian independence.
Share1198SendShare