Those working in or looking to pursue a career in the computer science industry may find it beneficial to understand the differences between full stack developers and software engineers. Though these roles share some similarities, they often differ in their level of specialization, the aspects of projects they work on and the amount of leadership they experience for a project. In this article, we identify the differences between full stack developers and full-stack engineers, including their job descriptions, duties, skills and their level of program accessibility. 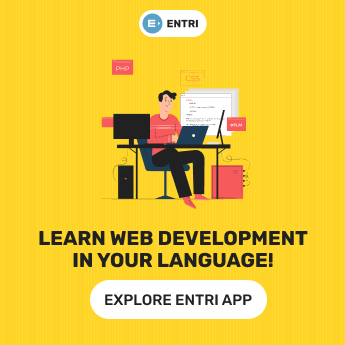 What is a full stack developer?

Full stack developers often know how to work with multiple coding languages, such as HTML, CSS and JavaScript. They can also work with front-end frameworks such as React, Vue and Angular. They often oversee projects, and they are effective in both client consultation and server development and design. Depending on the project, full stack developers may also work on mobile, web or native application stacks.

What is a full-stack engineer?

A full-stack engineer is a high-level software engineer that works to design, test, and implement various software applications. They create software, applications, and scalable web services, while also providing leadership for coding teams. Full-stack engineers usually possess enormous skills and are involved in each stage of software development. This can include data structure completion, architecture design, code review, performance evaluation, internal tool management, and updates. The term “full-stack” refers to the engineer’s ability to work on both the front-end and back-end development of an application.

What does a full-stack engineer do?

Full-stack engineers are master coders. They are typically familiar with the following popular programming languages:

Here is a list of some tasks full stack developers perform:

Here is a list of some tasks full stack engineers perform:

Here are some of the key skills that can help full stack developers and full stack engineers perform their tasks effectively:

Here are some skills full stack developers often use:

Here are the skills full stack engineers often use:

Effective full stack engineers develop skills in visual design and web design. They have a thorough knowledge of proper web design principles, such as content, usability, aesthetics, visibility and interaction. Full stack engineers may work directly with clients to develop application designs that meet their needs.

Full stack engineers often work both independently and as part of a team. Their roles require skills such as time management and organization to meet strict deadlines. Essential skills for full stack engineers include effective attention to detail and the ability to think analytically when solving programming problems. Full stack engineers also use communication, collaboration and interpersonal skills to work with other team members.

Well, yes and no. In most cases, it is a 2-different name for the same position. However, to recognize their effort, the in-depth knowledge and the greater responsibilities of a developer, people call them “engineers”.

Undoubtedly, more than a full-stack developer, an engineer must know all about the architecture and design, they always looking at a “bigger picture” They may also act as a Project Manager or DevOps when needed. These things make full-stack engineers become a hard position to reach. As a result, people always find them very prestigious – a reference for every situation. Controversial, a full-stack developer is just someone who can code both backend and front end.

“A developer focus their talents often on a single area, a specific task, or within a specific environment, without looking at the “bigger picture”.

They do not care much about the architecture or database system which we sometimes call a “ code monkey”.

But somehow we must admit that the title is not a problem. You can change your title from developer to engineer without any complaint from other people as long as you deserve it. People just care about what can you do with your knowledge and experience.  If you consider yourself as a full-stack engineer then show them your skill. Do not let them down – let them beyond their expectations.

What is the difference between full-stack engineers and other software engineers?

Distinguishing and understanding clearly the differences will help you find the right development team for your project.

Let’s look at the below table:

Front-end and back-end development are the key components that maintain optimal system function in applications and websites. While full-stack is responsible for both client-side and server-side, front-end or back-end developer is in charge of a specific area. They obviously have absorbed an intensive knowledge of their expert.