The 2022 Nobel Prize in Literature has awarded to French writer Annie Ernaux on Thursday, October 6, 2022, “for the courage and clinical acuity with which she uncovers the roots, estrangements and collective restraints of personal memory.” According to the NobelPrize.org. Interestingly, the Nobel Prize in Literature has been awarded 115 times to 119 Nobel Prize laureates between 1901 and 2022 for an entire body of work and not just one work. The winner will be awarded a prize money of 10 million Swedish kronor (nearly USD 900,000) and it will be handed out on December 10. The 2022 Nobel Prize winners of the categories of Physics, Chemistry and Medicine were also revealed in recent days. Svante Pääbo is declared as the winner of 2022 Nobel Prize on 03th October 2022 in Physiology or Medicine category. And this year, the 2022 Nobel Prize in Physics has been awarded to John Clauser, Alain Aspect, and Anton Zeilinger. The Nobel Prize in Chemistry 2022 Awarded to Carolyn R. Bertozzi, Morten Meldal, and K. Barry Sharpless on 06th October 2022. The 2022 Nobel Prizes for Peace and Economics will be announced on Friday and Oct. 10, respectively.

Why Annie Ernaux got Nobel Prize?

The 2022 Nobel Prize in Literature has awarded to French writer Annie Ernaux on Thursday, October 6, 2022, “for the courage and clinical acuity with which she uncovers the roots, estrangements and collective restraints of personal memory.”

Who is Annie Ernaux? Profile Here 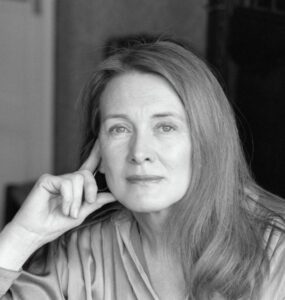 French author and lecturer Annie Ernaux were born on 1 September 1940 in Lillebonne in Normandy. In 1960, she traveled to London to work as an au pair; she later wrote about this experience in Mémoire de fille (A Girl’s Story), published in 2016. Once she was back in France, she pursued her studies at the universities in Rouen and Bordeaux, qualified as a school-teacher, and in 1971, received a higher degree in modern literature. Her writing is largely autobiographical, yet has strong sociological undertones. Annie Ernaux began her literary career in 1974 with Les Armoires vides (Cleaned Out), an autobiographical novel.