Indian Railways is the fourth largest railway system in the world. The system was established in the 19th century and serves thousands of tourists and locals every day. India’s first passenger train from Mumbai to Tana carries a total of 400 passengers and is 1.6 km long. From here, the Indian Railways became an industrial superpower. 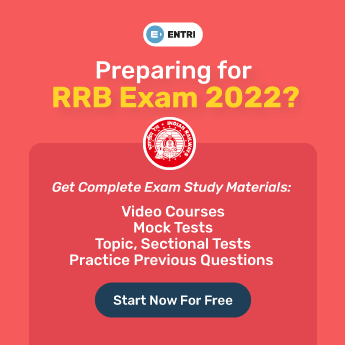 Today, India is synonymous with transport but economy, and the common man is “Indian Railways”, where on the one hand we have conventional railways. Every day the railway industry in India is making new advancements and there are many high speed and luxury trains in India. We have now switched from single train to high speed train.

Let’s dive into the history of Indian railways from the mid-19th century, the colonial period of India under British rule, to today’s 21st-century nanotechnology era.

Although the concept of the railway system reached India in 1850, trains did not reach India until 1853. There were many political barriers to overcome in order to acquire land, resources, manpower and different things. The first train had only 14 carriages. Controlled by the East India Company, the system was gradually expanded and created additional routes such as Calcutta – Delhi, Allahabad – Jabalpur and others. At the end of this era, the Indian Railways covered an area of ​​4,000 miles.

In 1860, eight railway companies were established in the country including the East India Railway, Madras Railway, the Great India Peninsula Company and others. Most of these companies were endorsed and authorized by the kings of India at that time.

This reign liquidated many companies and external contractors were hired for controlling the railway. The length of the railway system reached 9000 miles in this region, mainly around Bombay, Calcutta and Madras. By the end of 1890, the trains started to gain many amenities like toilets, electric lights and others. The mountain trains, now called the toy trains, were first proposed in 1854. However, the first mountain train started its maiden trip in 1881.

The first toilet was introduced in first-class carriages in 1891. It was not until 1907 that the lower classes received toilets.

This era saw the first electric train. The size of the system grew and started serving an average of 620 million passengers, each year. During the final years of British rule, the railway department was financially crashing as people preferred wagons instead of rails.

After the independence and division of the states, many railway lines were built to connect the different regions. The first train between India and Pakistan started in 1951. All trains have been electrified and modernized. It was the flowering period of the Indian Railways.

In 1982, the first information desk was installed in the Mumbai suburban railway station to announce upcoming trains. It was a rudimentary manual system in which the officers turned the clock hands to indicate the next train schedule, every 23 minutes.

Technology started gaining momentum and the metro system started in India. The great Indian Railways revolution, luxury trains have begun in India. The luxury train ride started with Palace on Wheels in 1982 by the Rajasthan government and Indian tourism ministry.

Metros and monorails are flourishing in cities. The online ticketing system started in the 2000s and is now one of the main ways to book train tickets. An additional 4.5 billion kilometers were traveled in just ten years (2001-2010). Today, the railway covers an area of ​​more than 120,000 km in India and special facilities such as Wi-Fi, customer information system, ergonomic design and green technology have taken Indian Railways to the next level.

2018 – The fourth largest railway network in the world

Today, Indian Railways manages more than 120,000 km of the country’s railway line. The changing face of Indian Railways is preparing for the future with more initiatives.

India’s first railway was laid between Roorkee and Piran Collier during British rule. The first steam engine was used on this railway. The British had a sense behind it, but they laid the railway line. There was a severe drought in the northwestern province of British India from 1837 to 1838. It is now known as Uttar Pradesh.

Due to the drought, the East India Company had to spend about one million rupees on relief operations in the North West province at that time. Therefore, the British government at that time began to prepare to build a canal from the Ganges in drought-stricken areas.

The responsibility for the construction of this canal was assigned to Colonel Cottle. The British began to prepare, but the road was not easy. The removal of the channel on the Sonali river along the way was more of a dilemma for the British engineers.

In such a situation, Kottle planned to drain the canal above the river by constructing the Sonali Aqueduct. British engineers began construction of the bridge and during excavation a large amount of debris came out of it. The British planned to dump this debris on Kaliyar, but transporting so much debris at the time was not easy. The problem is that with horses and mules it will take too much time with high cost.

Faced with that situation, Kotel decided to build a railway line for this purpose. To this end, he ordered equipment from London. Experts from London built the engine and four carriages themselves in Roorkee. British engineers laid a railway line here, and on December 22, 1851, steam-powered debris on this line was transported to Kaliyar for the first time.

Indian Railways has introduced various programs to further improve its services. These plans are mostly inspired. Railway changed from meter gauge to wide gauge. Research Design and Standards Organization in Lucknow, was the world’s largest railway research organization in 1957. The organization is constantly improving the technology and signaling of the interiors, systems, layouts and layouts. , rail design, etc. For more comfortable driving and better efficiency.

Day by day, more routes are added to the Indian railway network and its services. Currently, Indian Railways run more than 66,687 km. This number represents a total of approximately 119,630 km of track and approximately 92,081 km of track.

Currently, there are 17 Indian railway zones and a total of 69 zones are spread under it. India’s railway stations are the size of larger campuses, and in addition to having common facilities such as retreat rooms and restaurants, they are now housed in large office complexes.

Bridges over the platforms are now replaced by underground passages, providing more space. Indian Railways is improving and reinforcing the application of world-class standards to provide all possible conveniences to the passengers. The current fastest train in India is the Vande Bharath Express.

Budget Ride, Train and its tickets

Indian Railways is probably the cheapest railway in the world. Railway charges 10 paisa/km, while bus fare is about 10 times higher, i.e. Rs 1/km. This is why the trains are so crowded due to their funding. People are crammed into compartments. There are no vacancies in any of the War and Marriage Festival and Summer Vacation categories. Long wait.

Three types of Trains and their Facilities

Generally, 3 types of trains are run for public convenience. These are – Passenger, Express and Mail (Express). From these trains, the passenger train fare is the lowest. Express costs more than that and Mail (Express) charges the highest. General bogie (second class) fare is the lowest, while in sleeper it is more and AC fare is the highest. Bogey in general has simple facilities. Sleepers have good co-sleeping facilities, while the AC coach offers Class ‘A’ amenities including air conditioning.

Entri is a learning platform built by well-known experts in the industry to help students analyze different types of entrance tests without having to worry about learning materials and crash courses. You can take our video analytics and video classes provided by experts to begin preparing for this banking exam and crack it easily.

We hope you find this article really informative and helpful and also please do not hesitate to contact us for any doubts. You can also download our Entri App for free and start preparing for any competitive exams. This app provides a series of quizzes, Mock tests, PDFs, past question papers, and much more.

I am a passionate Blog writer and a graduate in Civil Engineering, who provides aspirants with sufficient Government exam tips and the required information.

Things you need to know about Places of worship act 1991