The TNPSC Group 3 Cut off for the year 2022 will be soon released by the Tamil Nadu Public Service Commission on its official website. The TNPSC conducts a number of tests around the year for the selection of the aptest and most eligible candidates for filling various vacancies in the TNPSC group posts. Generally, the cutoff marks depend on the hardness or difficulty level of the exams along with the number of vacancies available at that time. 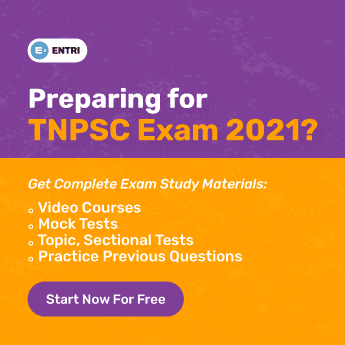 Usually, the Commission releases the cut-off marks shortly after the TNPSC Group 3 Answer Key PDF is out on their official web portal. As a matter of fact, the Cutoff marks are not the same every year. There are a few constraints that define this, like the difficulty level of the question paper, the number of available vacancies, the number of candidates who attended the exam, and so forth. The cutoff marks are usually the minimum marks a candidate should score in order to qualify for that particular examination. However, when the candidates score a number higher than the cutoff, they will be called for counseling. In the meantime, the post allotment takes place based on the merit list. As the commission conducts the examination the difficulty level of the examination is known the expected cut-off of the TNPSC Group 3 examination will be updated here.

The TNPSC Group 3 cut-off marks are different every year based on a few factors. There are two written tests and an interview round in the recruitment process of the TNPSC Group 3.

How Can You Calculate the Cut-Off Marks?

The recruitment authority sets the cutoff score in accordance with certain factors/points.  Although this will help the candidates to estimate their expected Cutoffs, it will also guide them to assess themselves while attempting various mock tests. Moreover, the calculation in cutoff will help you find your desired expected cut-off. As there is no negative marking, it will be easy for the candidates to expect their cut-off marks. Likewise, the candidates can set exemplary goals for themselves because they now know the expected scores and can score well in the exams.

Click here to know more about the TNPSC Group 3 Results

Kindly note that the TNPSC Group 3 Cut Off does not remain constant every year. It keeps changing per annum based on a few factors and conditions. Let us have a look at them.

Factors Affecting the Change in  Cut Off Marks Annually

The Importance of Qualifying the TNPSC Cut Off

In order to be placed under the TNPSC, the candidates should qualify more than the cutoff and score a reasonably good score. Subsequently, the shortlisted candidates will be tried out in the interview round after which they will be placed.

The vacancies for the TNPSC Group 3 is yet to be released for the year 2022. Therefore, once the TNPSC Group 3 vacancies are announced, we will update them here. Subsequently, the aspirants are encouraged to keep track by visiting the official page or Entri regularly for updates.

Kindly note that the candidates not belonging to the categories  SC, SC(A), ST, MBC/DC, and BC with five years or more experience in the state or central governments were not eligible for age concession.

The following table gives a detailed view of the educational qualifications that a candidate must possess in order to qualify for the different TNPSC Group 3 civil service posts.

The applicants can download the Entri App to prep up for the upcoming TNPSC Group 3 exam, availing the study plans, study materials, video tutorials, mock tests and more. Candidates who wish to apply for the examination are requested to go through the complete syllabus and use the best materials for their preparation. Start your preparations for your dream government job with Entri App. We provide a wide range of courses over different government exams. Sign Up for Entri classes and ace the preparation for the government job examinations and bank examinations today itself. Entri helps you with thousands of questions. Attempt mock tests, analyze yourself and improve your success rate. We wish you all the success in your preparations. Happy Learning guys!