SSC CGL vs SSC CPO: All You Need To Know

SSC CPO and SSC CGL are two major exams conducted by Staff Selection Commission (SSC), an organization under government of India which is responsible to recruit staff for various posts in the various ministries and departments of the government of India and subordinate offices. The SSC Combined Graduate Level Examination (CGL) is the one through which the hiring process for various group B and group C posts under the SSC departments are done. On the other hand, the purpose of SSC CPO examination is to recruit candidates for the Central Police Organization. The two major posts under this category are SI (Sub Inspector) in the Central Armed Police Forces (CAPFs) and ASI (Assistant Sub Inspector). In this article SSC CGL vs SSC CPO, we are analyzing the various aspects of this. 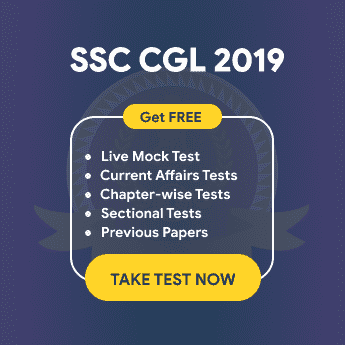 There are four stages for the SSC CGL examination.

There are four phases for SSC CPO Examination.

Based on the marks obtained in Paper 1, Candidates will be shortlisted for appearing in PET/PST test through which the physical and medical fitness of the candidate is tested.

Both physical standard test and Physical endurance test are qualifying in nature.

This is an online exam to test your English language and comprehension skills. It carries 200 marks in total and there will be a negative marking of 0.25 marks for each wrong answer. The time duration of the exam is 2 hours.

Based on the marks of paper 1 and paper 2, candidates will be shortlisted for appearing in the medical test.

The standards should be without any kind of visual correction.

The candidates shouldn’t have a knock knee, flat foot, varicose vein or squint in eyes. He should be fit both physically and mentally.

The final session of the recruitment process of SSC CPO is a seven obstacle test. They are,

Those who qualify all these four phases will be asked to appear for a document verification session where the candidates will have to submit all the required documents.

SSC CGL has about 30 departments. The nature of the work vary according to the department you are being posted. Through an SSC CGL job, a candidate is expected to do the following duties.

On the other hand the role and responsibilities of SSC CPO candidates are entirely different from this. They become the SI or ASI in some regions of the country. They become the part of Indian paramilitary force of the Indian Army.

So the candidates are supposed to either work to save the boundaries of the nation or save the nation from the anti-national activities like riots, criminal attacks, terrorism etc.

When it comes to the matter of financial savings, a CAPF personnel can save his/her entire salary as he/she gets a lot of allowances from the government like dress allowance, ration allowance etc. there are no such allowances for the SSC CGL candidates.

The promotion of the SSC CGL candidates is according to the rules of the central government. When it comes to SSC CPO, candidates who are initially selected as ASI (Assistant Sub Inspector) can get a promotion as a Sub Inspector (SI) only after 5 years of the basic service in any of the CPO departments like BSF, CISF, ITBP etc. The years of service, expertise and overall performance of the candidates will be taken into account while considering for promotions.

The nature of jobs under SSC CGL and SSC CPO are extremely different. For a person with a higher level of physical endurance and a passion to serve the nation, SSC CPO is a great door of opportunity. For those who prefer a desk job, it is better to go for SSC CGL exam.

Hope this article helped you to have a fair idea regarding SSC CGL and SSC CPO examinations. We wish you a bright future ahead!

Get prepared for SSC CGL and SSC CPO with Entri.