SSC CHSL Tier-II Result 2019 is now available on Staff Selection Commission (SSC) official website – ssc.nic.in Candidates who have attended SSC CHSL Tier-II Exam on 14 February, 2021 can download SSC Results through online mode. A merit list, consists of a roll number of selected candidates, has been prepared by the commission. Only those candidates appear for the examination who had cleared their Tier I prelims examination whose result is already declared on 15th Jan 2021. And now applicants who appear for Tier-II examination are looking for their result which is announced on 30th September.

Before the announcement of the SSC CHSL result, the Commission always releases provisional keys to all the sets of the question papers in the SSC CHSL Tier-II exam in order to receive objections regarding any answer key from students, and after that, a final answer key will be published on the commission’s website. Considering the final answer key, conducting SSC will announce the result on its portal. 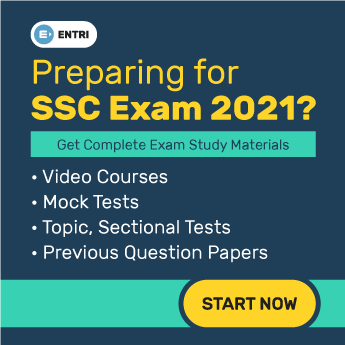 All candidates, qualified/non-qualified, can check their marks from 07 October 2021 to 27 October 2021. Candidates may check their individual marks by using their Registration No. and registered password and click on the Result/Marks tab on the candidate dashboard.

On the basis ofTier-I and Tier-II, a total of 28,508 candidates have qualified (provisionally) for Typing Test. SSC CHSL Typing Test will be held on 03 November 2021. Skill Test shall be conducted for Data Entry Operators (DEO) and Typing Test for Lower Divisional Clerk (LDC)/ Junior Secretariat Assistant (JSA) and Postal Assistant (PA)/ Sorting Assistant (SA). The candidates will be asked to type with a speed of 30 wpm in English and 30 wpm in Hindi in 10 minutes for the post of LDC/ JSA and Postal Assistant/ Sorting Assistant while for the post of DEO, candidates shall be required to type 8,000 Key Depressions per hour on Computer.

The selection list is expected to indicate the following particulars-

After the release of the selection list, Commission may also upload candidates’ scorecards on their login accounts. Candidates have to access their scorecard by logging in with valid login credentials.

The scorecard will be indicating details such as the name of the candidates, their roll number, subject-wise score, total marks obtained, maximum marks, total marks percentage, and other related information.

Authority will prepare the SSC CHSL 2019 merit list based on the candidate’s performance in the tier I exam. Candidates must get minimum cut-off marks to get their name in the CHSL merit list 2019 tier I after which only they will sit in the examination. However 1st merit list only to move in next stage i.e tier II. After the merit list is published online on ssc.nic.in we will also update it here, so you can keep checking this page regularly.

We hope that through this article you get to know the cut-off of the SSC CHSL exam and other major details. Through Entri you will be able to achieve your goal by practicing and revising all the important lessons. Keep going with hard work and success will not be away from your way Good luck

SSC Recruitment Notification 2022: Apply for the Group ‘B’ Non-Gazetted Posts